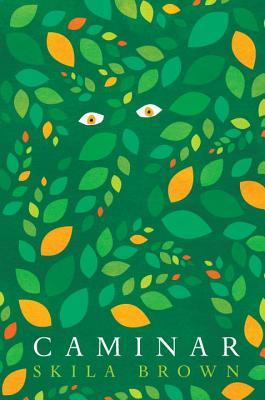 I recently interviewed debut author Skila Brown for the Fearless Fifteeners site, which helps to highlight our debut author friends in the OneFour KidLit group. Most of the interview is reprinted here, but I added the final question in particular because of our audience and our mission. Skila is not Guatemalan, yet she wrote a moving narrative about a young Guatemalan boy in 1981 caught in civil war. The last question addresses the concern about writing with authenticity outside of one’s own ethnic/racial experiences.

First, a little about her novel, Caminar, which was released March 26.

Carlos knows that when the soldiers arrive with warnings about the Communist rebels, it is time to be a man and defend the village, keep everyone safe. But Mama tells him not yet—he’s still her quiet moonfaced boy. The soldiers laugh at the villagers, and before they move on, a neighbor is found dangling from a tree, a sign on his neck: Communist.

Mama tells Carlos to run and hide, then try to find her. . . . Numb and alone, he must join a band of guerillas as they trek to the top of the mountain where Carlos’s abuela lives. Will he be in time, and brave enough, to warn them about the soldiers? What will he do then? A novel in verse inspired by actual events during Guatemala’s civil war, Caminar is the moving story of a boy who loses nearly everything before discovering who he really is.

Me: Your bio says you lived in Guatemala for a bit. Did your experience there spark interest in this topic? Did anything else inspire you to write this particular story?

Skila: We moved to Guatemala after I’d finished the novel, though I revised it some while we were there. This novel actually came out, reluctantly and painfully, after I’d spent about a decade reading about Guatemala’s history, especially the history of the violence there that peaked in the early 80s. I had no intention of writing about it, but that’s what ended up happening. I certainly felt inspired by accounts of survival that I read, but also felt a real desire to make sure other people knew about what had happened there.

Me: How extensive was your research? Did you run into any roadblocks when seeking information?

Skila: My research started out very organically—I was reading for pleasure and interest, not with the intention of gathering facts to write a story. When the story began, I had some pointed research to do, specific questions about language and geography and other details that I hadn’t already absorbed. It was hard to track down first person accounts of rural Guatemala during this time.

Right away I faced a tough decision about language. Although Carlos would have spoken Spanish in school, it wouldn’t have been his first language; it’s not what he would have spoken at home with his mother. In an earlier draft I envisioned using an indigenous language in the text, as well as Spanish—which would have likely been the way that Carlos could have spoken to someone like Paco, for example—but I was worried about being able to maintain accuracy and authenticity if I wrote the story that culturally specific. I also felt that an English speaking reader might struggle with the mixture of over four different languages in the same story. Definitely trying to balance authenticity with a reader’s connection was a constant struggle.

Me: Is your protagonist Carlos linked to anyone you came across during your research or does he represent the young men who survived that time?

Skila: Carlos isn’t based on any one person. In fact, I had the story down before I had a character at all, but I knew early on the main character was a child, that this was really, at its core, a coming of age story. In violent conflicts all over the world, it’s not uncommon for a handful of people to survive an attack on a village such as this, having scattered away during the chaos. I’d read about children who survived and felt really drawn to that story—how scary it must for a child to be on his or her own, how resourceful that child would have to be.

Me: The physical layout of the poems adds to the narrative. I’m glad I read this one on paper instead of listening to it on audio. The visual really complements the content. Is that something you consider in the writing phase or is that developed in editing?

Skila: This was something I worked a lot on in revision. I wrote this story while I was a grad student and while I was working with poets Julie Larios and Sharon Darrow. Sharon, in particular, encouraged me to play around with shape and the placement of lines on a page. White space is a poet’s tool, and I liked thinking about how I could use it. Typically I draft a poem by hand and it has no shape or form in the beginning, I’m just thinking about the content and the words themselves. But as I revise that poem and before I’m ready to put it into the computer, I try to think about what shape would serve it best. It’s easy to play around with form and shape; it’s harder to use those both deliberately.

Me: Tell us about your publication journey. Some people get deals while still in grad school, while others query for years. What’s your story?

Skila: While I was in grad school, Candlewick was kind enough to offer me a scholarship award for a picture book text I wrote called Slickety Quick. It’s a non-fiction/poetry blend about sharks and it’s scheduled to be out with them in 2016. This really opened a door for me with them, as they also asked to see my novel. I think the key for writers is to submit away—but then put it out of your mind and dive into the next project. Good news comes faster when you’re looking the other way.

Me: Did you have any additional considerations while writing about something outside your racial/ethnic experience? Did you do anything in particular to “get it right” or did you approach it the same way you’d approach any other book project?

Skila: I was very concerned about this, Cindy. This concern kept the story in my head for two years, before I felt brave enough to put it on paper. This concern kept the finished manuscript on my computer for some time before I was ready to send it out to query. It’s something I’m concerned about still. Writing outside our cultures is a very risky thing for writers to do because it’s so easy to get it wrong.

However. Everyone this month is talking about The Study. And if only 6% of books published for kids in 2013 starred a character of color, then it’s past time for us to think about how to remedy that. If writers are going to play our part in addressing this problem, we need to look hard at how we can do this responsibly.

I approached this with a lot of research, a goal of authenticity, and a strong dose of humility. I had multiple people vet my story and offer suggestions. I thought hard about stereotypes and language and how best to portray the story with the most respect I could give it. I also tried to balance the “otherness” of Carlos with what will connect him to a reader today, what makes him the same as a twelve year old boy, reading this story in Chicago, for example. As adults we tend to notice the differences in characters and cultures, but kids are great about finding what’s the same and really connecting to the character. I hope they are able to do that with Carlos. 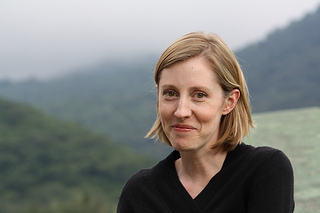 Skila Brown holds an MFA from Vermont College of Fine Arts. She grew up in Kentucky and Tennessee, lived for a bit in Guatemala, and now resides with her family in Indiana.

Come back on Thursday, when we will spotlight Caminar in our Libros Latin@s section!

We are giving away two copies of Caminar!! Go to a Rafflecopter giveaway to enter for free. You can enter once per day through this week. Two winners will be selected Saturday morning.