Bruises. That’s what I saw on the face and body of a 15-year-old girl a few years ago as the school nurse examined her in front of me. She was also covered in scars, both physical and emotional. Her body stood frozen with eyes fixed on the floor as she was observed for signs of abuse. Her face was drenched in fear and shame. Fear of what the repercussions of my visit would be and shame of having not covered her bruises well enough so as not be seen. At that moment she was not Latina, African American, Italian American, or a member of any other ethnic group. She was a child. An abused, broken, petrified child.

Later that day, my coworker and I stood, unwelcome, in a living room. We confronted the older brother who physically assaulted that young lady along with the family who defended him. She had served her brother (“the man of the house” in his father’s absence) cold milk instead of hot milk and was irritated at being asked to warm it. The punches and smacks followed, as did the bottom of the stairs when she tumbled down.

Ultimately, the police ordered the monster of an older brother out of the home. I felt everything but relief as I watched him smile and glare at the young lady he abused while he was escorted away. I knew I couldn’t protect her forever, even though I so desperately wanted to. When all was said and done, I had to go home. Unfortunately, so did she. The next day I would have to be at my desk, bright and early, to write a report of my investigative findings. I couldn’t say what I wanted to. I couldn’t write what I saw in the eyes of the people I had met or the emotions felt in the air and chaos of the room. My report would be in black and white–what my trained eyes saw, what my recording ears heard, and what my supervisor told me had to be done.

That was my job. Clocking into work every day at 9 a.m. and sometimes driving home 16 hours later in a car owned by the state government. My job was to protect children and ensure their well-being. My challenge was to detach myself from every investigation. I didn’t make kids happy. I walked into their lives, for a short time, and turned them upside down no matter how terrible they already were. I was rarely ever a source of happiness in their eyes even though, in my heart, I knew I was doing the right thing.

I decided to stop working when my first son was born. Yes, I still wanted to go back to work. It was a part of my identity and one of the most indirectly rewarding experiences of my life. But I wanted to become something different. I wanted to bring joy to children who needed it most. I longed for young faces to smile, and not shudder, when they saw me.

So, I’m sure to the dismay of many, when people ask why I write for Latino kids, my answer is simple. I don’t. My cultural agenda is slim. If young readers learn Spanish vocabulary while reading my books, Great! If they pick up on some cultural nuances embedded within my text, Amazing! But that’s not, and never will be, why I type on my laptop or jot on small pieces of random paper. I concoct stories to set my imagination free. I create books to prompt smiles and silent chuckles. I write so young minds, albeit temporarily, can forget about where they are and dream about where they want to be. 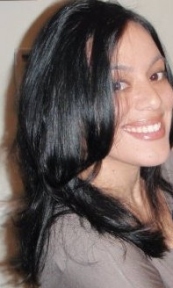 Alidis Vicente is a stay at home mother from New Jersey. After graduating from Rutgers University with a Bachelor’s Degree in 2005, she worked with children and families for New Jersey’s Division of Youth and Family Services. She is currently a client of Writers House Literary Agency and is also the author of The Coquí & the Iguana, her first picture book. Alidis, the original Detective Flaca, continues to write stories from her New Jersey home, only now she uses a laptop instead of a notepad… at least most of the time. The Missing Chancleta and Other Top-Secret Cases is a finalist for the 2014 International Latino Book Awards in the category “Best Youth Chapter Fiction Book: Spanish or Bilingual.” 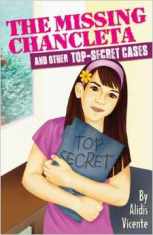