DON’T MISS THE BOOK GIVEAWAY! THE INFO IS AT THE BOTTOM OF THIS ARTICLE. 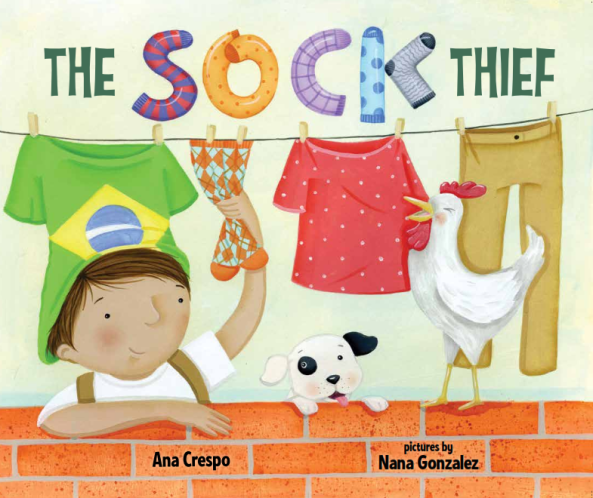 Sometimes I wonder what the reaction of my younger self would be if I could tell her that, at almost 40, I am investing in a career as a children’s book writer… in English.

“Awesome!” my enthusiastic five-year-old self would probably scream. 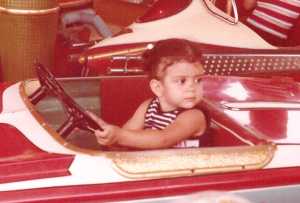 “But you don’t speak English,” the realistic 10-year-old me would point out.

“Ha! You don’t even like to read,” the sarcastic teenager would mention. (It’s true. I didn’t. Learn about how I became a reader here.)

“You’re studying to be a journalist. Your job is to expose the facts and allow your readers to form their own opinions, not to create stories,” the determined 20-year-old me would explain.

Certainly, I never thought I would one day publish any book, let alone a children’s book, in English. Yet THE SOCK THIEF has been in the making since I was that enthusiastic five-year old in Rio de Janeiro, Brazil. It started when my father tucked me into bed each night and shared stories of his childhood.

Although my paternal grandmother came from a wealthy family, my grandfather didn’t, and their five kids lived a frugal life. This included not owning a soccer ball, a very expensive item in the 1960s, in Rio. My father and his older brother had to be creative. They would sneak into my grandmother’s bedroom, take a pair of women’s hose, stuff it with newspaper, and make a soccer ball.

Don’t ask me why, but that story stuck in the back of that enthusiastic five-year old’s mind and resurfaced in the wanna-be children’s writer I eventually became. I had wanted to write a story with a Brazilian character since I started writing for kids in 2012. During a local SCBWI conference, a speaker mentioned something that brought back the long-forgotten memory. It wasn’t a story yet, just a memory with potential.

Then, I remembered something else from long ago. One day, watching a famous Brazilian TV show called Fantástico, I learned about a kid who had to walk a huge number of miles to reach school every day. I was a middle-class kid, riding on a comfortable school bus over paved roads, completely sheltered. That different reality, unthinkable to me up until then, left a strong impression. Maybe it sat in the back of my mind, by my father’s childhood story. Together, they started to form a plot.

Although I felt there was still something missing in the plot, I wrote THE SOCK THIEF (or MONDAY IS SOCK DAY, its first title) and submitted it to two different agents. And received two rejections. It wasn’t until I found that missing something that the manuscript received some attention.

One of the things that surprised me when I first moved to the United States was the way animal sounds are represented in written English. While in English a dog says “woof, woof,” in Portuguese, it says “au, au, au.” I imagined the difference would be a surprise to others as well, and decided to add it to THE SOCK THIEF. In my opinion, it gave the story a unique flavor.

A year after the idea first sprouted, I met my future editor at the same local SCBWI conference. I had paid for a manuscript critique, which included a 10-minute, face-to-face, in-depth analysis of THE SOCK THIEF. My editor thought the story was interesting. However, it was only after she learned that making soccer balls out of socks was a real practice in Brazil that her interest really sparked.

After the conference came the cutting, and cutting, and cutting of words. In the original text, I carefully described the process of making a soccer ball out of newspaper-stuffed socks. It was a tedious and confusing text, better shown through illustrations. I fixed some weird sentences. I added an author’s note. And I submitted my revised manuscript.

I crossed my fingers, lit some candles, held on to my figa, and tied some Nosso Senhor do Bonfim bracelets around my wrists. Okay, maybe I’m exaggerating a little. The point is that, although I really wanted a positive response, I had received so many rejections in the past, for this and other manuscripts, that I wasn’t keeping my hopes up too much.

In fact, I had set up a mental deadline. If I didn’t receive a positive reaction to my work, I was going to give up. The submission process is very stressful and the fact that it usually comes with rejections doesn’t really help. I never expected that the positive reaction I was hoping for would come in the form of a publishing offer, but it did.

While this journey would be exhilarating no matter what, to me it’s particularly rewarding because writing in English doesn’t come easily. No matter how long I’ve lived in the US, or how many college degrees I hold, or how much work experience I have, sometimes, I still sound foreign. I’m not talking (or writing, I should say) about my accent. It’s the word choices, the sentence structure, the weird use of prepositions. I’ve been through many funny and embarrassing moments thanks to the complexity of the English language…but that’s a whole different story.

To celebrate the upcoming release of THE SOCK THIEF, we’re launching an amazing giveaway.  Sign up for a chance to win a copy of the book, plus a total of six copies to be donated to two elementary schools of your choice (three copies to each school). This giveaway was made possible thanks to a donation from Albert Whitman & Company.  To sign up for a chance to win and to check out the terms and conditions of the giveaway, visit the giveaway page on Ana Crespo’s website. 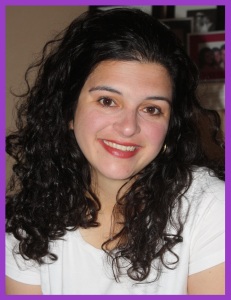 Ana Crespo is the author of THE SOCK THIEF (Albert Whitmam & Company, March 2015), JP AND THE GIANT OCTOPUS and JP AND THE POLKA-DOTTED ALIENS (Albert Whitman and Company, September 2015). Before investing in a career as a writer, Ana worked as an academic advisor and a translator. She holds a bachelor’s degree in Journalism and a Master of Education in Career and Technology Education. To find out more about Ana, visit her website. You may also find her tweeting away at Twitter , or sharing news on Facebook.

5 comments on “Guest Post: A Sock Thief in the Making”