It’s Monday evening and more than 200 youngsters pour into the gym of Alisal High, a school located in the heart of one of the poorest neighborhoods in California’s central coast. The children, most dressed in the gold and black colors of the Gil Basketball Academy, are not high school students: they’re as young as four years old, some of them hardly big enough to pick up the basketballs.

After the initial chaos, the children settle into a series of warm up exercises you can tell they know by heart: run forward, stop midway and run backward; run twisting your body; leap sideways and stop to touch the ground, repeat.

From the edge of the gym, Coach Jose Gil watches the action and directs the children into their next moves. It’s a task that he can’t do alone – especially when he has to stop to provide direct instruction to kids who can’t seem to get a handle on the ball. So he relies on the assistance of other coaches, men and women who, like him, mostly offer their services on a volunteer basis.

“The word ‘Coach’ is powerful beyond belief,” Gil says. “Some think it’s easy and want to sometimes judge or criticize us for in-game situations, but at the end of the day, if coaching kids was that easy, everyone would be doing it. Endless hours, sleepless nights, responsibility beyond belief, challenges dealing with a variety of talents and skill levels etc… It boils down to the process at hand, are you willing to sacrifice your alone time to help others?”

“Coaches” or “mentors” have been crucial for the development of mankind since time immemorial. Older or wiser men and women took young wards under their wings to teach them hunting and gathering edible plants, or to pass down traditions important for survival. The concept was crystallized in ancient Greece, when Mentor, a friend of King Odysseus, stayed behind to take care of the king’s son, Telemachus. The boy and Mentor developed a trusted friendship, one whose importance can be observed in centuries of literature and movies. Think Arthur and Merlin. Leonardo Da Vinci and Raphael Sanzio. Or Daniel and Mr. Miyagi.

In places like the Alisal, where the population is 90 percent Latinx and 33 percent of the residents live in poverty, coaches and mentors are not a matter of legend, they’re a matter of survival. Parents who must work long hours in minimum wage jobs to put food on the table have to rely on the kindness of strangers to look after their broods. In the absence of trusted adults who can guide youngsters through the difficult passage through adolescence, some fall prey to the gangs.

For four of the last five years, Monterey County has led California in youth homicide rate. In 2013, 22 young people were slain in the county, also the fourth largest agricultural area in the Golden State. While parents are picking lettuce, their children are picking fights.

This is why people like Jose Gil are vital – and luckily, there are a few. You can see them most afternoons in the soccer field, or in classrooms teaching painting, or dance, or music. They’re not just coaches: they’re role models, mentors,  friends. They’re the glue of after-school programs, the difference between wholesome entertainment and life in the streets. 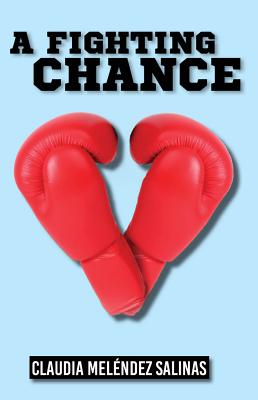 One of the reasons why I wrote A Fighting Chance was to pay homage to these unsung heroes. Under the stern gaze of Coach, Miguel Ángel, the 17-year-old main character, trains to be a champion boxer. Not only is the sport keeping him away from gangs, but it’s also his ticket out of poverty. Coach’s importance to Miguel Ángel, like that of dozens of Coaches and mentors in the Alisal, cannot be overstated.

“We have a huge responsibility to make the place we live in a better one,” Jose Gil muses. In his view, prospective coaches have to ask themselves: “Can you work and mold these young kids to make right choices and decisions in life? Are you a great enough example for others to follow? What is your passion or belief about life and the community you live in? Are you willing to invest time into changing the community one child at a time? Do you even think our community can be improved?

“I love it when people are willing to volunteer to coach in our academy because that just challenges me to coach and mentor them so that they can in return help our youth. We grow our own from within which makes me proud and keeps me hungry.”

And that’s how Coach Gil not only keeps hundreds of kids off the street, but inspires a new crop of coaches to do the same.

Claudia Meléndez Salinas is an award-winning multi-media journalist now working for the Monterey County Herald, a daily newspaper in California’s Central Coast. She has nearly two decades of experience covering politics, education, and immigration both in Mexico and the United States. She holds a master’s in specialized journalism from the University of Southern California, and a bachelor’s in Latin American and Latino Studies from the University of California, Santa Cruz. Her journalistic work has been published in Mexico’s El Financiero and La Jornada; in Latina and El Andar magazines in the United States, and numerous newspapers.

A Fighting Chance, Meléndez’s first book, is a young adult novel that narrates the struggles of a Mexican-American boy trying to stay away from gangs as he trains to become a champion boxer. She’s been named as one the Latino authors to watch in 2016 from LatinoStories.com.

One comment on “The Powerful Role of Coach in the Latinx Community: A Guest Post by Author Claudia Meléndez Salinas”