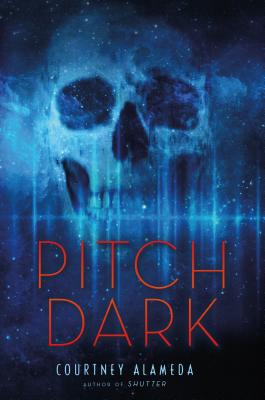 DESCRIPTION OF THE BOOK: Set against a future of marauding space scavengers and deadly aliens who kill with sound, here is a frightening, fast-paced YA adventure from the author of the acclaimed horror novel, Shutter.

Tuck has been in stasis on the USS John Muir, a ship that houses Earth’s most valued artifacts—its natural resources. Parks and mountains are preserved in space.

Laura belongs to a shipraiding family, who are funded by a group used to getting what they want. And they want what’s on the Muir.

Tuck and Laura didn’t bargain on working together, or battling mutant aliens who use sound to kill. But their plan is the only hope for their crews, their families, and themselves.

In space, nobody can hear you scream . . . but on the John Muir, the screams are the last thing you’ll hear.

MY TWO CENTS: I read Shutter years ago and was blown away by the seemingly effortless nature of Courtney Alameda’s genre-bending craft. She managed to craft a world that made an unquestionable amount of sense, and it combined disparate elements you don’t often see in the same story. Pitch Dark is no exception. Somehow, Alameda has been able to borrow the visceral, gory, and heart-stopping brilliance of a film like Alien and mix it with the adventure of Tomb Raider or Uncharted. Oh, and there’s also a generation ship. (Sort of.) And horrific monsters. And burgeoning love. And commentary on subjugation, imperialism, and racism.

AND THIS IS ALL IN THE SAME BOOK.

Pitch Dark wastes no time, and while there’s a bit of a steep learning curve at the beginning—the book has alternating first-person narratives that don’t seem connected at all—the worldbuilding pays off just past thirty pages into the book. We are introduced to the shipraiding universe of Laura Cruz, who is exuberant about her love for what her family does. (It’s a neat twist on the trope of kids hating the family business.) She thrives when she gets to dig deep into the history of humanity… which is a big deal within Pitch Dark, set over four hundred years in the future. Humanity is haphazardly spread about the galaxy after a terrorist attack forced them to abandon Earth, so the Cruz family mission is an integral part of the story.

Then there’s Tuck, the nerdy, reference-happy member of the John Muir, one of the ships that left Earth nearly four hundred years prior. He awakes from stasis to find out he’s been unconscious far longer than he was supposed to be. Even worse, something contaminated the stasis machines, and his fellow humans have…well, let’s just say they’ve evolved since then.

Of the two, I preferred Laura’s narration more than Tuck’s, though Tuck grew on me over time. In Laura Cruz, Alameda has crafted a memorable and awe-inspiring character, one I hope is the focus of other books in the future. (Pitch Dark is a standalone, but this could easily be a multi-book series.) Laura’s Spanglish is comforting to read, since I grew up with it in Southern California, and the Cruz family is an eternal delight. If you’re looking for a book with a loving Latinx family, look no further than Pitch Dark.

And if you want an addictive, insightful page-turner, get Pitch Dark for that reason, too. This book is downright horrifying, and when you learn what the Muir crew became, it becomes a significant source of tension and terror within the novel. The two storylines intersect (literally so!) in a shocking way, and seeing each character deal with the world of the other character’s ship is satisfying and exciting. It helps that Alameda manages to imbue all of this with an inventive social commentary about the nature of imperialism and control, most of which appears in Laura’s POV. Who controls a story? What version gets told? And how do you resist a narrative that purports to make you a villain to everyone else?

Above all: I had a blast reading this book, which I devoured in just two sittings. I’ve been itching for more YA horror, and Alameda absolutely delivers. The pacing is incredibly quick, the dialogue is snappy and contains an in-universe context for all the pop culture references, and there are a few sequences in here that made me want to crawl under the covers and never come out. Bravo, Courtney Alameda.

TEACHING TIPS: I imagine that most teachers might shy away from a horror novel, and admittedly, Pitch Dark is very, very violent and gory. But the visceral story is part of the extended metaphor for the environment of current day politics. Alameda crafts a subplot between Laura Cruz and the Smithson family that touches on issues of consent, sexual assault, and colonialism, particularly since the Smithson family is horrifically desperate to do whatever they can to center anthropology on themselves and their own power. There’s a lot of potential for discussion in the interactions between the Cruz family and Tuck, which touch on racism, stereotypes, and white savior tropes.

ABOUT THE AUTHOR: A veteran bookseller and librarian, Courtney Alameda now spends her days writing thriller and horror novels. Her debut novel, Shutter, was nominated for a Bram Stoker Award and hailed as a “standout in the genre” by School Library Journal. Her forthcoming novels include the science fiction/horror mashup, Pitch Dark (Macmillan/Feiwel & Friends 2018), and Seven Deadly Shadows, an urban fantasy set in Japan. (Co-authored with Valynne Maetani. HarperTeen 2018). Courtney holds a degree in English literature with an emphasis in creative writing. She is represented by John M. Cusick of Folio Literary. A northern California native, she now resides in Utah with her husband, a legion of books, and a tiny five-pound cat with a giant personality. Member HWA, SFWA, SCBWI; and SDCC Creative Professional.

WHERE TO GET IT: Pitch Dark releases February 20! To find it, check your local public library, your local bookstore, or IndieBound. Also, check out Goodreads, Amazon, and Barnes & Noble.