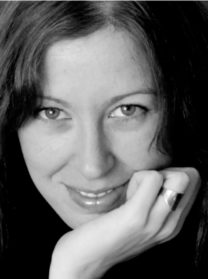 Adriana Domínguez, a literary agent with Full Circle Literary, is offering a query letter critique plus a critique of five pages of a middle grade or young adult novel or a full critique of a picture book.

Adriana Domínguez has 20 years of experience in publishing. Prior to becoming an agent, she was Executive Editor at HarperCollins Children’s Books, where she managed the children’s division of the Rayo imprint. Before that, she was Children’s Reviews Editor at Críticas magazine, published by Library Journal. Adriana has performed editorial work for both children and adult publishers. She is also a professional translator, a member of the Brooklyn Literary Council that organizes the Brooklyn Book Festival, and one of the founders of the Comadres and Compadres Writers Conference in New York City. Adriana is based in New York.

Adriana represents children’s books for all ages, and select adult fiction and nonfiction. She has a long trajectory of publishing underrepresented authors and illustrators, and welcomes submissions that offer diverse points of view. Books that she has edited or represented have been awarded the Pura Belpré Medal, the Coretta Scott King Honor and the MPIBA’s Reading the West Award among others, and been finalists for the National Book Critics Circle Award and the NAACP Award. Her list includes national and international bestsellers, and titles counted among the “Best of the Year” by Amazon, Kirkus Reviews, School Library Journal, The New York Public Library, The Chicago Public Library, Parents.com, Salon.com, and others.