Illustrator Rafael López is offering a signed print and a signed book. To honor the 1-year anniversary of Hurricane Maria, Rafael painted a portrait of Chef José Andrés (who he had the pleasure of meeting) as an homage to his work of serving food to millions of people in Puerto Rico. Rafael will send a signed print and signed copy of his newest book, We’ve Got the Whole World In Our Hands/Tenemos el mundo eterno en las manos, published by Scholastic.

(From his website): I grew up in Mexico City, the child of architect parents and we surrounded ourselves with books. At a young age, I connected to stories and drawing. Books became my ticket to distant and diverse places and I was fascinated by imagery from different cultures. At age eleven, I lived for a time in England where I learned to use a printing press to create my first book. I was hooked.

For the past twelve years, I’ve had the great opportunity to work with incredible authors and editors to illustrate children’s books. I regularly travel around the country speaking to young people at schools and libraries or paint murals with kids and communities. Connecting to young people has convinced me that words and images have the power to make change. When a child opens a book I’ve illustrated, I want them to see themselves on the pages and be inspired to reach their full potential.

Excited about two books for 2018, The Day You Begin, written by Jacqueline Woodson, and We’ve Got the Whole World in our Hands. My Name is Celia, published in 2004, was my first illustrated book followed by Our California, Yum!, Mmmm Que Rico, Book Fiesta, The Cazuela that the Farm Maiden Stirred, Tito Puente, Mambo King, and in 2015, Drum Dream Girl. 2016 brought the release of Maybe Something Beautiful based on the mural work I get to do with kids and communities. In 2017, I collaborated with Eric Carle and Friends on What’s your Favorite Color? followed by Bravo! Poems About Amazing Hispanics.

I live in San Diego, California and San Miguel de Allende, Mexico with my wife and son. 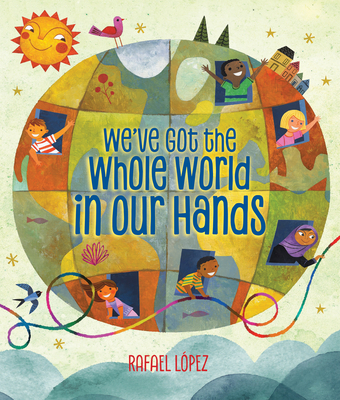