The following book is a concept book around numbers in the Latinx culture. Readers who loved reading Green is a Chile Pepper and Round is a Tortilla will need to add this book to their collection! 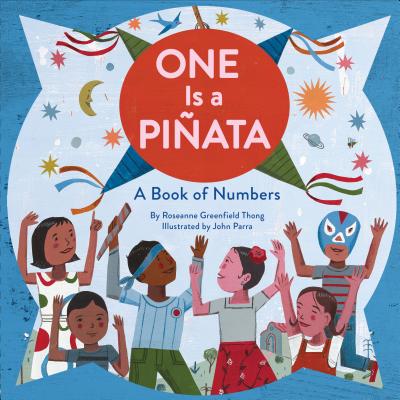 DESCRIPTION OF THE BOOK:

One is a rainbow.

One is a cake.

One is a piñata that’s ready to break!

In this lively book, children discover a fiesta of numbers in the world around them, all the way from from one to ten: Two are maracas and cold ice creams, six are salsa and flavored aguas. With boisterous illustrations, a fun-to-read rhyming text, and an informative glossary, this vibrant book enumerates the joys of counting and the wonders all around!

MY TWO CENTS: This book takes you on a reminiscing journey of Latinx celebrations throughout the year. The cover reflects a diversity in ages, backgrounds, and interests that is clearly evident in all its illustrations and the use of English and Spanish words.

While the text is structured with rhyming phrases, the illustrations also open up opportunities for discussion and more counting of items that are culturally authentic to the Latinx culture. Spanish words are in bold, purposefully, so that readers can learn new words, engage with matching it to its bold illustrations, and count all at the same time! At the end of the picture book, a glossary includes the definitions of the included vocabulary in Spanish.

I absolutely love this entire collection and what it represents in the early childhood world, especially the Latinx diversity reflected in the text and John Parra’s illustrations. I also appreciated the representation of the fruit truck and aguas frescas, because it is something I remember (and still love) fondly from my childhood.

Overall, a diverse addition to add to your primary concept library! I highly recommend this book as a read aloud at school and home and as an interactive text to use for students who are learning to count, especially for all students who need to see themselves and others represented in a beautiful way!

TEACHING TIPS: Many of these teaching moments can be implemented in a grades K-5 setting, with a focus on the primary grades. 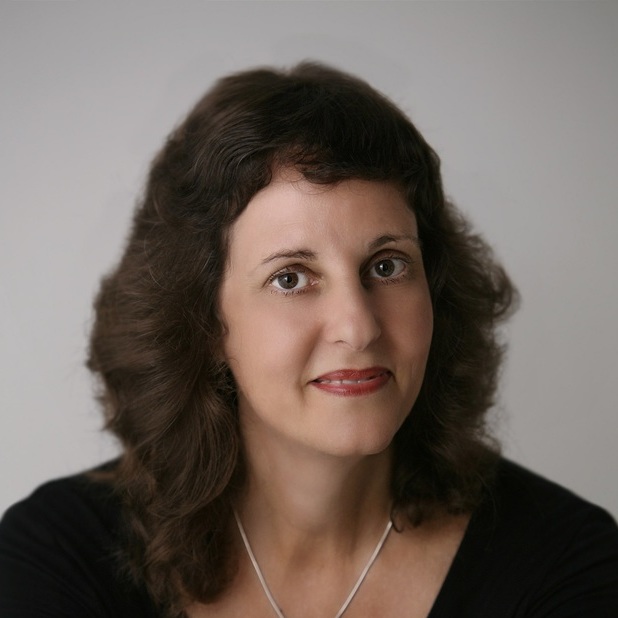 ABOUT THE AUTHOR: Roseanne Greenfield Thong was born in Southern California where she currently teaches high school. She lived in Guatemala and Mexico where she studied Spanish and attended many fiestas with pinatas, aguas, and chocolate. She is the author of more than a dozen award-winning children’s books, including Round is a Tortilla, Wish, ‘Twas Nochebuena, Dia de Los Muertos, and Green is a Chile Pepper– a Pura Belpré Honor Book. Check out her website here! 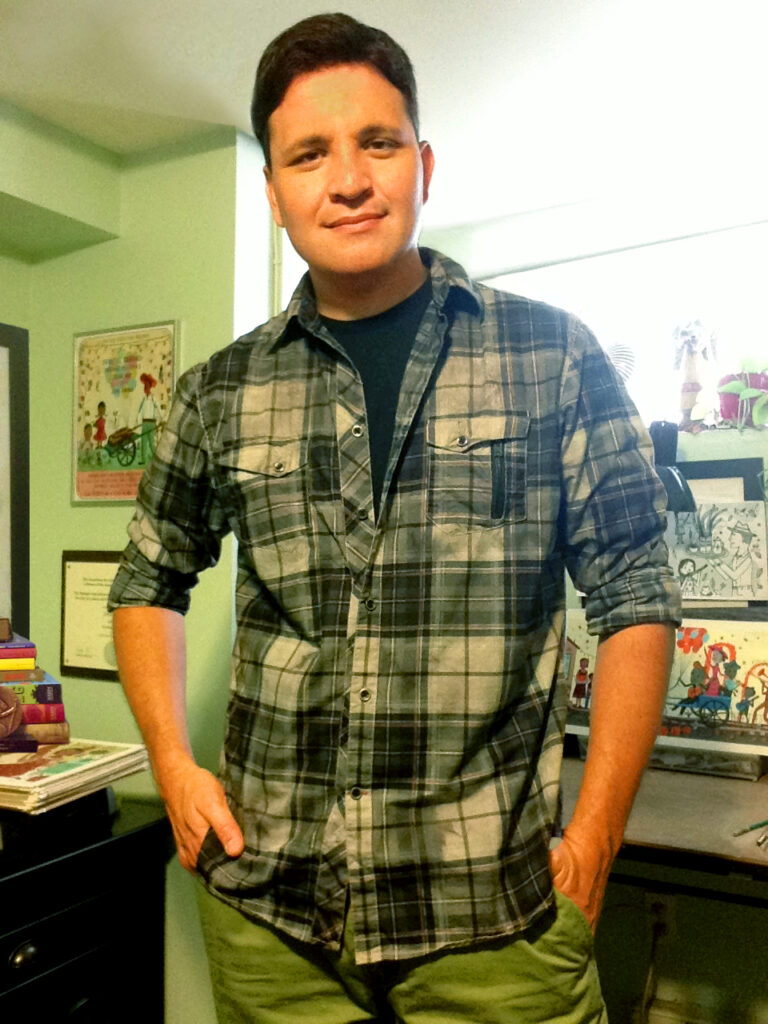 ABOUT THE ILLUSTRATOR: John Parra is an award-winning illustrator, designer, teacher, and fine art painter whose work is avidly collected. John’s books have received starred reviews and have appeared on the Texas Library Association’s 2×2 Reading List. He has received the SCBWI Golden Kite Award for Illustration, the International Latino Book Award for Best Children’s Book Illustrations, and a Pura Belpré Illustrator Honor for Gracias/Thanks, written by Pat Mora. Find out more about him on his website here!

ABOUT THE REVIEWER: Dora M. Guzmán is a bilingual reading specialist for grades K-5 and also teaches undergraduate and graduate courses in Children’s Literature and Teaching Beginning Literacy. She is also a current doctoral student in NLU’s  EDD Teaching and Learning Program with an emphasis on Reading, Language, and Literacy.  When she is not sharing her love of reading with her students, you can find her in the nearest library, bookstore, or online, finding more great reads to add to her never-ending “to read” pile!

DESCRIPTION FROM THE BOOK (provided by publisher): In this bilingual counting picture book, a young boy counts to twelve in anticipation of his birthday party: one piñata filled with candy; two hours until the party; three tables set for all the guests, etc.

MY TWO CENTS: Using simple text interwoven with a birthday party theme, René Saldaña, Jr. creates a fun bilingual counting book that makes us want to join the party. Carolyn Dee Flores’s illustrations are filled with photorealism and vibrant colors, supporting Saldaña’s words, and they successfully capture the excitement of children’s birthday parties. In what is definitely a welcomed surprise, Dale, Dale, Dale/ Hit it, Hit it, Hit it not only illustrates an adequate counting story, but decides to tell a good tale about sharing and enjoying a special day with your loved ones.

Our young protagonist is Mateo, a boy who anxiously awaits his birthday party and who uses this opportunity to practice counting throughout his special day. From “one piñata filled with candy” to “twelve children ready to swing at the piñata,” readers can count along with Mateo in Spanish and English. The items that the boy chooses to count include party supplies, colorful toys, lucha libre masks, musical instruments, and his own cousins. The picture book doesn’t limit readers to count only Mateo’s choices, but places other elements that can be counted throughout each page.

This bilingual book provides simple sentences in Spanish and English, which early readers, whether in one language or both, can easily follow. Although the translation of some words is problematic for language learners, for example, niños/guests, it isn’t a limitation to learn and practice words in two different languages.

As a picture book, the photorealistic illustrations can be seen by some as a weakness at the moment to capture children’s attention. But Flores plays well with vibrant colors to encourage young readers to focus on the story and stimulate them, not only to count, but also to identify different colors displayed on every page. The educational content of the book will inspire children to count everything around them and will motivate them to be even more excited to have their own birthday party.

TEACHING TIPS: As early readers or as a read aloud, this bilingual picture book works well for children ages 4-6. Parents, caregivers, and librarians can read in Spanish, English, or both, while encouraging young ones to practice their counting skills and color identification. Children can also point out what they like about birthday parties and collaborate to plan their next one. A song is included in the story, which can be useful if you include a piñata in your party.

Teachers can plan learning activities to combine math and language arts. Students can learn new vocabulary words, numbers, colors, and Spanish-English language meaning. Activities that develop memory and concentration can be done with second graders, including sequence of events and pairing numbers with items mentioned in the book.

AUTHOR & ILLUSTRATOR: René Saldaña, Jr. is a Latino young adult and children’s books writer and Language and Literacy professor at Texas Tech University. He holds a B.A. from Bob Jones University, a M.A. from Clemson University, and a Ph.D. in English and Creative Writing from Georgia State University.

He is the author of several books, including his semi-autobiographical novel The Jumping Tree (2001), Finding Our Way: Stories (2003), the Junior Library Guild selection The Whole Sky Full of Stars (2007),  A Good Long Way (2010), the collection of short stories Dancing with the Devil and Other Tales from Beyond/Bailando con el Diablo y otros cuentos del más allá (2012), and the bilingual Mickey Rangel mystery series.

Carolyn Dee Flores, a former computer analyst, is a writer, illustrator, musician, and composer. She attended the International School of Bangkok, Thailand and Naha, Okinawa, Japan, and Trinity University, where she studied Engineering, Philosophy and Art. Flores began her painting career as a muralist and oil painter, before switching over to children’s books illustration.

For more information about Dale, Dale, Dale: Una fiesta de números/Hit it, Hit it, Hit it: A fiesta of numbers (2014), visit your local library or bookstore. Also check out worldcat.org, goodreads.com, indiebound.org, and Arte Público Press.