For our first set of posts, each of us will respond to the question: “Why Latin@ Kid Lit?” to address why we created a site dedicated to celebrating books by, for, or about Latin@s.

I teach children’s literature at Seattle University, and each quarter, my students discuss issues of voice and agency in children’s literature. We take up questions such as: What constitutes authenticity in multicultural children’s literature? Who has the “right” to write from various cultural, racial, gender, or ethnic perspectives? It’s wonderful and fascinating to see the debates that arise. Some of my students argue that for literature to be “authentic,” authors should be insiders of the groups they’re portraying. Others feel that intermarriage or long-term residency within a given group is adequate. Still others believe that fiction should be judged on its own merits, apart from the qualifications or attributes of the author. 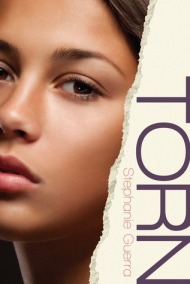 I’m in the “fiction should be judged on its own merits” category, and my first novel (TORN, 2012), is written from the perspective of a biracial Latina teen. I’m not Latina. I married into this last name, which migrated from Spain to Italy so many centuries ago that the Guerra family (my husband’s) identifies as Italian. I am of Italian, Irish, Croatian, and German descent. I chose to attempt a Latina character in honor of a dear friend who expressed to me some of the complexities of her biracial identity.

While each reader must be his or her own judge of whether I captured the biracial experience, the writing itself was a joy, and many teens have expressed that the book meant something to them. In crafting characters from other cultural, ethnic, and racial groups, I believe we’re called to expand our understanding and love of the people we’re trying to depict. It worked this way for me. So this is half of my answer to Why Latin@ Kid Lit?: because I believe writing it and reading it is for everyone, not just Latin@s.

The second reason I care to promote Latin@ Kid Lit is because of my work with incarcerated teens. My academic research is focused on building literacy with at-risk teens, and I’ve encountered study after study demonstrating that readers need the chance to “see themselves” in at least some of the books they read.

I teach creative writing at a juvenile correctional facility, and my students are largely black, white, and Latin@. They respond enthusiastically to fiction about Latin@ characters and culture, and I would love to find more of this material, especially books which are accessible, fast-paced, and of high literary quality. In particular, I’d like to see more Latin@ fiction that falls outside the street lit category. (Street lit, also called urban lit, gangsta lit, and hip-hop lit, is edgy fiction set in urban neighborhoods and featuring gritty topics like drug use, prostitution, gangs, etc.)

In this blog, I hope to provide resources for the many teachers and librarians serving Latin@ teens. I especially want to speak to non-Latin@ adults. I know how it feels to be a cultural outsider teaching cultural insiders. It’s easy to feel awkward or presumptuous discussing racial and cultural issues with students of color, but I don’t think it’s the best way to serve our students. We can and should connect with them on this issue, especially if they indicate a desire to do so. We should work to find literature that speaks to them, and we should find ways to talk about that literature—or to listen respectfully. Latin@ kid lit is a gift we can give children, teens, and ourselves.