In my memoir, The Distance Between Us, I write about my experience as a border crosser. Borders have always been a part of my life. It saddens me to see that the world—instead of tearing down border walls—is actually building more of them. There are more border barriers today than ever before. In 1989 there were only 15 border walls in the world. Today there are more than 63, and counting. 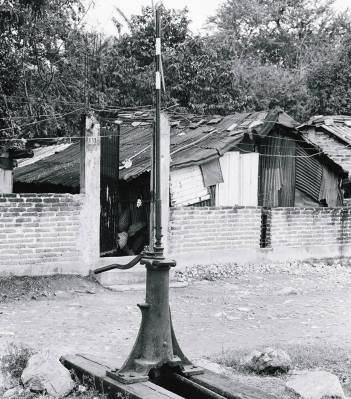 My first experience with borders came at the age of two when my father left Mexico to seek a better life in the U.S. Two years later, my mother also left to the land across the border, leaving me and my siblings behind. By the time I was five, I had no mother and no father with me, and a border stood between us, separating us. I was left behind to yearn for the day when my family would be reunited. 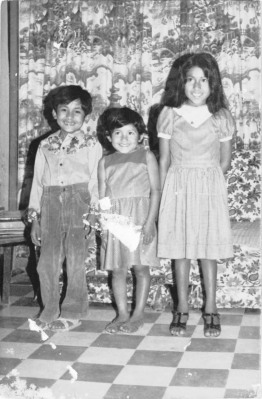 At the age of nine I found myself face to face with that border. I had to run across it, become a ‘criminal’, break U.S. law for a chance to have a father again. I succeeded on my third attempt and began my new life in Los Angeles at my father’s house. I thought I was done with borders; I didn’t know there would be more to be crossed—cultural borders, language borders, legal borders, gender and career borders, and more.

As a Mexican immigrant, as a woman of color, as a Latina writer I’ve fought to break down the barriers American society puts up for the groups I belong to. It’s always been a struggle to be Mexican in this country, and especially so in these dark times. For over a year Mexican immigrants had been under attack, blatantly demeaned and vilified by Donald Trump, who began his presidential campaign by calling Mexicans rapists, drug dealers, criminals. He said he would literally build more border walls, and now that he’s been elected president, we will bear witness to his hatred of my people. But he’s wrong about many things—especially when he said that Mexico doesn’t send its best. Like most Mexican immigrants, I have given nothing but my best to this country since the moment I crossed the U.S. border. I’ve worked hard at learning the language, understanding the American way of life, at pursuing my education, honing my writing craft, so that one day I could be a contributing member of this society and use my skills and passion to keep this country great. This is what most immigrants do. Our work ethic, our drive, our perseverance, our passion, our commitment to succeed and to give our best is undeniable. 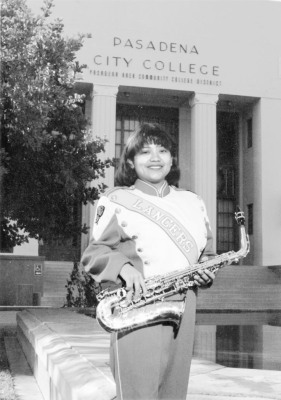 Reyna in her college years

Being a woman has never been easy. In the U.S. we might have it better than other countries, but still, women here have always struggled to overcome the borders put before us. We’ve had a long battle to redefine our place in the home and the workplace, our right to earn equal pay to what men receive. To be seen as more than someone’s daughter, wife, or mother. We had a long fight for our right to vote and to have a political voice, and for the past year we were fighting for our right to lead. For the first time we could have had our first female president since the birth of this nation, but despite her qualifications, since the very beginning of her campaign, Hillary Clinton was held to a double-standard because of her gender. Because she was a woman. We let that man get away with saying the most insulting, offensive, and ridiculous things. But Clinton? We let her get away with nothing. We elected a man who has absolutely no experience in running a country, instead of the woman who was more than qualified to do that and more.

We witnessed, at a national level, what happens on a daily basis to women in the workplace—we lose to men who are less qualified than us.

Last week we bore witness to a white woman failing to tear down the wall put before her by a sexist, patriarchal society. The fight is even harder for women of color who struggle not just against gender inequality but racial inequality. Since race impacts our feminism, we’ve always fought two battles at the same time. As a woman of color, I fight for equality but I also fight for justice. For us women of color, it isn’t enough to integrate ourselves into the existing system. We seek to transform the system and end injustices.

As a Latina writer, I’ve been dealing with other kinds of borders throughout my career. Latinos are 17.4 % of U.S. population, around 55 million of us, but we’re only around 4% of working professionals— including artists, writers, actors. We’re often kept on the periphery of the arts—and we fight on a daily basis for the right to contribute our stories, our talent, our creativity to American identity and culture. Through our art, we aim to fight against the barrier of invisibility. If we aren’t in books, in film, in TV, in art galleries, in music, does that mean we don’t exist?

But having successfully run across the U.S. border at the age of nine taught me one thing—I can cross any border. This is the biggest reason why I wrote The Distance Between Us. I want to inspire others to believe in themselves and to find the strength to overcome. It is this belief that has helped me succeed in ways I never dreamed of. I want to encourage our youth, immigrant and non-immigrant alike, to keep giving their best and continue striving toward their dreams, despite the obstacles they find along the way.

Now more than ever, let us continue fighting for social justice, for a world without borders, for our right to create art, for our voices to be heard. It is through our stories that we will build bridges and tear down walls.

Reyna Grande is the award-winning author of two novels and a memoir, The Distance Between Us, which was recently published as a young readers edition. See our review here, where you may also learn more about Reyna’s story and watch video interviews. Her official website offers additional information about her published works, speaking schedule, and career news.

(Left) The original version of The Distance Between Us; (right) the young readers edition. 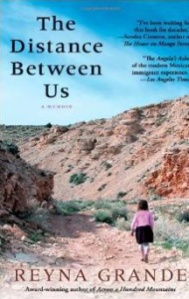 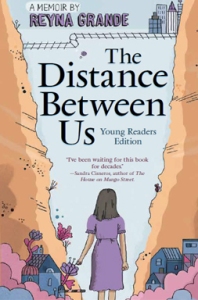