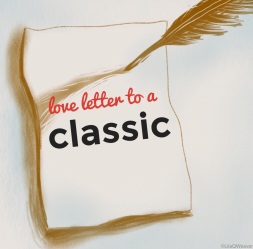 The award-winning classic Esperanza Rising turns 15 this year! Here’s how one reader traces the book’s emotional and historical connections to her family’s story.

I could have used Esperanza in the third grade. Seven years old, parents divorced, missing my dad the long weeks and months in between visits, sharing the back room with my little sister in our Nana and Grandpa’s house. Before the divorce, my Nana used it for storage. After we moved in, my sister and I were another thing kept safe, nestled between a dresser that held baubles and trinkets little girls couldn’t help but covet and the floor to ceiling bookshelves crammed with Westerns and mysteries my Nana loved. We were (and still are) the bibliophiles of my family, and between tantalizing peeks at Audrey Rose and the teetering stacks I lugged home from the school library, books became my refuge and escape.

But the characters in the stories never looked much like me, or my family. The immigrant story that captured my attention was one of Swedish-American farmers in Minnesota and the Great Plains. I knew my Nana’s parents had come from Mexico, but I had no idea how or when. It was easier for me to recount Laura Ingalls Wilder’s tales of sugar snow than my great-grandparents’ journeys from Chihuahua to Southern California in the first decades of the twentieth century.

It wasn’t until my early thirties that I was tired of the vague narrative of my family’s origins, and I began asking my Nana, in earnest, about her parents. About growing up in California’s orchards and fields, picking fruit with her parents and siblings in the long summers. About hating prune plums because she picked them so much.  About the teachers who were astonished at my Nana’s intelligence and eagerness to learn, because she was the daughter of a Mexican foreman, after all. 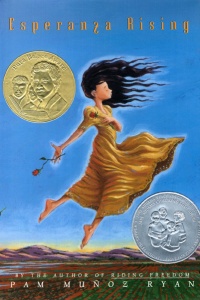 It was in the midst of this long journey of rediscovery that Esperanza fell into my life, a welcome break from studying for Ph.D exams. I nestled on the couch with the slender volume, and in those comfortable hours, Esperanza’s story wove into my own. When Esperanza and her mother crocheted, I felt the warmth of the handmade blankets my Nana made for each of her grandchildren. When Esperanza railed against the injustices against brilliant girls with the wrong color of skin, I felt a surge of anger toward the teacher who sold my Nana and her classmates short. I wondered if my great-grandparents, who were devoutly patriotic but never naturalized, ever felt the fear of deportation as the Depression made their lives, and Esperanza’s, more precarious.

Esperanza Rising was my Nana’s story, her sisters’ and mother’s story. Perhaps if more people knew it, especially those who aren’t Esperanza’s granddaughters and grandsons, they would realize this story is an American one. And perhaps then they would look on the Esperanzas fleeing the violence of our own time with compassion. For a well-told and much needed story helps us all rise above ignorance and fear.

Monica Ayhens is a Ph.D candidate in British naval history at the University of Alabama. She’s an avid knitter and enthusiastic traveler.

Esperanza Ortega possesses all the treasures a girl could want: dresses; a home filled with servants in Mexico; and the promise of one day presiding over El Rancho de las Rosas. But a tragedy shatters that dream, forcing Esperanza and her mother to flee to Arvin, California and settle in a farm camp. There, they confront the challenges of work, acceptance, and economic difficulties brought on by the Great Depression.

Using photographs from the era taken by the celebrated photographer Dorothea Lange, here is a series of classroom exercises geared toward exploring living conditions and cultural life in the migrant camps, as depicted in Esperanza Rising.

The cover of Esperanza Rising bears a gorgeous illustration by artist Joe Cepeda. In an interview on this blog, Joe discussed his involvement in the project and what it has meant to be associated with such an iconic character.

Explore what the Goodreads community says about Esperanza Rising.