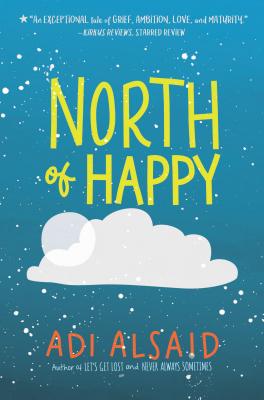 DESCRIPTION OF THE BOOK: Carlos Portillo has always led a privileged and sheltered life. A dual citizen of Mexico and the US, he lives in Mexico City with his wealthy family, where he attends an elite international school. Always a rule follower and a parent pleaser, Carlos is more than happy to tread the well-worn path in front of him. He has always loved food and cooking, but his parents see it as just a hobby.

When his older brother, Felix—who has dropped out of college to live a life of travel—is tragically killed, Carlos begins hearing his brother’s voice, giving him advice and pushing him to rebel against his father’s plan for him. Worrying about his mental health, but knowing the voice is right, Carlos runs away to the United States and manages to secure a job with his favorite celebrity chef. As he works to improve his skills in the kitchen and pursue his dream, he begins to fall for his boss’s daughter—a fact that could end his career before it begins. Finally living for himself, Carlos must decide what’s most important to him and where his true path really lies.

MY TWO CENTS: I thought this was a very balanced book—the romance is sweet, while Carlos’ grief and struggle to assert himself adds depth, and the setting of the restaurant is fresh and engaging. It was also refreshing to read a book about a Mexican character that isn’t about immigration, drug wars, or poverty. My favorite parts of the book were the descriptions of Carlos cooking and his thought process as he selects ingredients or puts together a dish. Some readers may find this too detailed or dense, but (perhaps because I don’t spend a lot of time cooking in my life) I was fascinated. Emma’s character occasionally slid toward Manic Pixie Dream Girl territory, but I thought the decision she makes toward the end of the book was good and believable. The side characters were entertaining, and I liked the fact that there was no manufactured drama among the kitchen staff. Envy and hazing happened, but it wasn’t over the top.

The element of the book most likely to divide opinions is probably the character of Felix and what, exactly, he is doing there. Is he a hallucination, and should the book be talking more candidly about mental illness? Is he a ghost or a spirit, guiding Carlos toward a better life? I lean toward the spirit answer, perhaps because it brings the book a little closer to the genre of magical realism, which I enjoy. Although there are a few moments when Carlos considers the idea that the things he hears Felix say “…might just be grief doing strange things to my head,” he accepts the idea that his brother is sticking with him in ghost form pretty easily. Their relationship provides a lot of comedy, as Felix makes smart remarks, and pushes Carlos out of his comfort zone. For me, this points to the character being a supernatural or spiritual element, rather than a hallucination.

I enjoyed the way Spanish was incorporated into the book, not just spoken by Carlos but also various people he meets, and that it was left unitalicized. Altogether, this was a fun read, and it’s guaranteed to make you hungry so have a snack ready.

TEACHING TIPS: I think this would be a good book to read as part of a survey course, because it’s a good example of the variety found in the YA category. It’s a good choice for a teen book club, with lots to discuss and debate. This would be a great book to read for a potluck book club or as an addition to a middle or high school cooking club.

WHERE TO GET IT: To find North of Happy, check your local public library, your local bookstore, or IndieBound. Also, check out Goodreads, Amazon, and Barnes & Noble.

ABOUT THE AUTHOR: Adi Alsaid was born and raised in Mexico City. He attended college at the University of Nevada, Las Vegas. After graduating, he packed up his car and escaped to the California coastline to become a writer. He’s now back in his hometown, where he writes, coaches high school and elementary basketball, and makes every dish he eats as spicy as possible. In addition to Mexico, he’s lived in Tel Aviv, Las Vegas and Monterey, California. He is the author of Let’s Get Lost, Never Always Sometimes, and North of Happy.