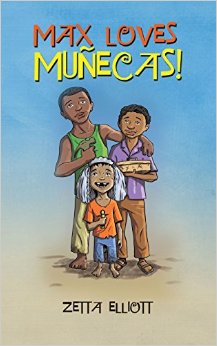 PUBLISHER’S DESCRIPTION: Max wants to visit a beautiful boutique that sells handmade dolls, but he worries that other children will tease him. When he finally finds the courage to enter the store, Max meets Señor Pepe who has been making dolls since he was a boy in Honduras. Señor Pepe shares his story with Max and reminds him that, “There is no shame in making something beautiful with your hands. Sewing is a skill—just like hitting a baseball or fixing a car.”

MY TWO CENTS: Max Loves Muñecas interweaves a number of topics: resisting the constraints of traditional gender roles, child homelessness, resourcefulness and resilience, and the value of cooperation and generosity. In the hands of a lesser writer, these many focal points might overpower a slim chapter book of 72 pages, but Zetta Elliott creates a richly textured narrative world and situations that give readers opportunities to pause, consider their own lives, and reflect on the power of individual choices.

The first and last chapters of the book focus on Max, a young American boy intrigued by the intricacy and beauty of the dolls in a neighborhood shop run by Señor Pepe. Despite his interest, Max fears teasing by his classmates; in fact, the book’s title comes from the teasing he endures. By the end of this book, however, Zetta Elliott turns “Max loves muñecas!” from a taunt into an affirmation as Señor Pepe invites Max to work as his apprentice. Although “Max loves muñecas!” powerfully captures a key shift in the book, it is somewhat misleading as a title because Max’s story serves primarily as a frame for Señor Pepe’s telling of his own experiences as a young boy in Honduras, which are the focus of the eight central chapters of the book. 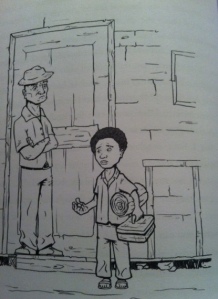 We first learn of Pepe’s life as a poor but happy boy living with a loving grandmother who earns money by cleaning a wealthy family’s home and selling rag dolls to tourists. When Pepe’s grandmother passes away, neighbors make arrangements and send a telegram, but no one comes to get him. After three days, the landlord sends him away. With nothing but a blanket, his grandmother’s sewing basket, and a handful of coins, Pepe strikes out on his own.

He briefly joins a band of street boys living under an overpass where each has a special skill he contributes to the group, but he remembers his grandmother’s admonitions: “You are not a street boy. You do not drift from place to place like a weed in the sea” (15). After a night on the streets, Pepe stops to help an elderly woman struggling to open the shutters to her doll shop. So begins his relationship with Señora Beatriz, who cautiously invites him into her shop, intrigued by his delight at the beauty of her dolls and impressed with his good manners and facility with simple sewing tasks. Pepe finds a place in her heart—and her home—and continues to develop his love for making beautiful things.

But of course there are bumps along the way, a number of which center on the difficulty of bala 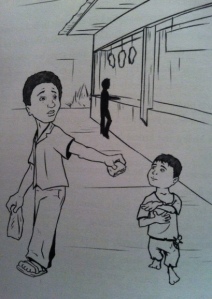 ncing good intentions and generosity to others with responsibility and a concern for appearances. When Señora Beatriz sends Pepe out for lunch on their first day together, Melky, one of the street boys, recognizes him and runs over to join him. Pepe becomes preoccupied with Melky’s disheveled appearance, worrying that the señora might think he is a street boy, too, if she sees him with Melky. Pepe understands the boy’s hungry glances at the lunch bag, but his fear over damaging his opportunity with Señora Beatriz is what drives him to share his food: “If I give you some of my lunch, you have to promise to go away. You can’t let the señora see you—ever!” (33).

Later, when the señora goes out of town for the night, Pepe’s desire to surprise her leads him to attempt to finish a wedding dress using her cantankerous sewing machine. When it jams, his efforts to fix it result in a broken piece. Fearing a return to the streets if the señora discovers his disobedience and damage of the machine, he searches out Primo, the leader of the street boys, who is also an expert tinkerer. Primo can’t repair the broken piece without seeing the whole machine, and a new round of dilemmas opens up for Pepe as Melky and Primo follow him back to the señora’s house. He knows the señora would not want strangers in her house and worries that the street boys might get up to mischief, but he can’t see any way out of his problem without help. Far from wanting to steal from the señora, Primo and Melky fall in l 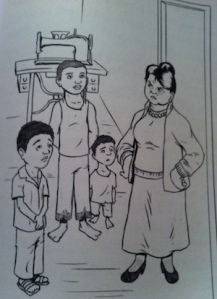 ove with the beautiful fabrics and deck themselves out in tiaras and veils. Primo succeeds at fixing the sewing machine, but the boys are so tired from their efforts they fall asleep at the kitchen table.

Once Señora Beatriz’s initial displeasure wears off, she is impressed by Primo’s technical abilities, charmed by young Melky, and pleased with the initiative and cooperation of all three boys. Ultimately, although only little Melky goes to school, all three boys gain the chance for a better life through their work for Señora Beatriz.

TEACHING TIPS: Max Loves Muñecas! is a good choice for upper elementary readers to explore on their own, and it would make an excellent read-aloud text (one chapter per session) for students across the elementary grades. The story highlights the boys’ spontaneous interest in dolls and fine fabrics, and it shows how following one’s passions can open doors. Max Loves Muñecas! also creates openings for students to discuss differences regarding schooling and child poverty in different communities and at different times. Finally, the book offers a number of scenarios where the “right” choice is relatively ambiguous, and these scenarios are ripe for exploration in conversation, journaling, drawing, or reenactment.

Although the handful of simple illustrations scattered through the book help provide a visual reference point for Pepe and Max’s adventures, there is still plenty of room for imagining and recreating scenes from the story. Students may especially benefit from guided exercises to help them imagine perspectives and experiences different from their own. Start with questions like, “What do you think Melky feels when Pepe makes him promise to never come to the señora’s shop?” or “Why is the señora disappointed when she first returns from her trip?” but take time exploring the other perspectives involved in a given moment in the narrative. When supported, even young children can stretch their capacity for empathy and perspective-taking beyond identifying with the protagonist. 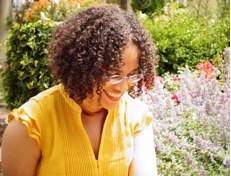 Zetta Elliott is the award-winning author of stories for children, YA novels, and poetry, plays, and essays for adults. Born and raised in Canada, she has lived in the US for 20 years and earned a PhD in American Studies from NYU in 2003. Her picture book, Bird, won the Honor Award in Lee & Low Books’ New Voices Contest and the Paterson Prize for Books for Young Readers. Her latest YA novel, The Deep, was published in November 2013. She is an advocate for greater diversity and equity in publishing, and to this end she has published several illustrated books for younger readers—including Max Loves Muñecas—under her own imprint, Rosetta Press. She currently lives in Brooklyn. Visit her online at www.zettaelliott.com 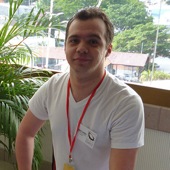 Mauricio J. Flores was born in 1988 in Tegucigalpa, Honduras, where he currently resides. Trained as an architect, he has worked extensively as a freelance illustrator and web designer. When he’s not drawing, he enjoys listening to a vast spectrum of music genres, studying languages, and reading epic fantasy novels and comics. Visit him at http://mjflores.visioncomicshn.com/.