DESCRIPTION FROM THE BOOK’S BACK COVER: Justina ‘Ju’ Feliciano and her fellow seventh-grade sleuths are on the case! A sneaky vandal has damaged scenery from the middle school drama club production and the newbie detectives must catch the culprit before opening night.

But Ju faces a completely different kind of mystery when a genetics assignment forces her to investigate the cold hard fact that her frizzy blonde hair and amber eyes don’t match the shades of brown that run in her family. This is one case she wishes she didn’t have to solve. Only there’s no escaping the Blueprint of Life Project, so Ju searches the attic for family documents she needs to complete her schoolwork. Instead, she discovers strange clues that make her wonder if her parents are keeping a huge secret.

Ju’s amateur sleuthing and a confrontation with her parents finally lead to the cold hard facts about her past. And even though her life changes forever, she’s still the same mystery-loving girl she’s always been.

MY TWO CENTS: This book drew me in right away with the title of the first chapter (“DNA Malfunction”) and the first mini-paragraph – “It’s not hard evidence. Just a family photo stuck on our silver fridge with a teapot magnet. Case closed.” It may not be clear to some, but I knew I was in for a good read – and I was right.

As the book begins, Dania Ramos uses a great choice of words to describe the middle school setting and to profile the main character, Justina (pronounced Hoosteenah) Feliciano. She’s just a normal 7th grade girl who’s trying to survive the tumultuous times in middle school while trying to figure out why she doesn’t look like the rest of her Puerto Rican family. With her frizzy blond hair and light eyes, she stands out.

Justina – or Ju (pronounced Hu) for short – has her core group of friends, the Seventh-Grade Sleuths, and she’s not the most popular girl in school, so she’s surprised when former friend Sara asks her for help to solve a very important case. I loved how Ramos wrote the case of the vandalized scenery in a way similar to a decades-old cold case – because to Justina, Ig, and Gunther, it is that big of a deal.

The other conflict in the book involves a genetics assignment in Justina’s health class. Her mother is immediately against the assignment, and she wants to know why – so she finds out. Ramos’ writing compared Justina to Sherlock Holmes and other detectives, which I got a kick out of. I also loved how Justina was so determined to find answers, even when her parents weren’t okay with it.

Another aspect of the book that hit home for me was when Ju decided to change her identity – new clothes, new (blond) hairdo, and a new name. I tried a similar method in middle school myself, which I’m ashamed of now. But on the other hand, when you feel out of place in a way Justina does in the book, it’s an understandable move.

After a runaway scare (and reconciling with best friend Ig), Justina eventually finds out the truth – she doesn’t look like the rest of her family because she’s adopted. She’s heartbroken but is understanding, and even agrees to meet her birth father. Ramos wrote this part of the story in a way that was endearing and welcoming, which I enjoyed.

Overall, Who’s Ju? is a lovely read. I would say the question in the title is certainly answered, but I hope to see more from Ramos about Ju and her friends and family in the future.

TEACHING TIPS: This book would be a great way for middle-grade students, especially girls, to learn about something that isn’t taught in many classes before high school – social sciences. It’s important for kids to learn that you are not defined by your skin color and that, like Justina, you can identify a certain way no matter how you look. The book would also help kids learn about adoption and solving crimes. 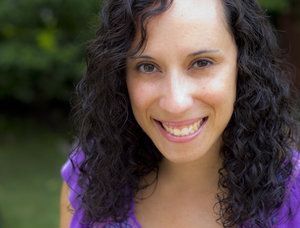 ABOUT THE AUTHOR (from her website): Dania is an author, playwright, and teaching artist. Her middle grade novel Who’s Ju? won the 2015 International Latino Book Award for Best YA eBook and was a finalist for the ILBA Mariposa Award for Best First Book.

Dania is a creative writing instructor and a theatre teaching artist. She has led arts residencies and workshops for organizations including New Jersey Performing Arts Center, Writers Theatre of New Jersey, Writopia Lab, and the New Jersey School of Dramatic Arts.

Dania is a member of the Dramatists Guild of America, the Society of Children Book Writers and Illustrators, and Actors Equity Association. She holds an MA in Creative Writing from Wilkes University and a BFA in Theatre Performance from Montclair State University. She lives in New Jersey with her husband. 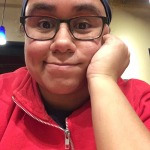 ABOUT THE REVIEWER: Caissa Casarez is a proud multiracial Latina and a self-proclaimed nerd. When she’s not working for public television, Caissa loves reading, tweeting, and drinking cold brew. She especially loves books and other stories by fellow marginalized voices. She wants to help reach out to kids once in her shoes through the love of books to let them know they’re not alone. Caissa lives in St. Paul, MN, with her partner and their rambunctious cat. Follow her on Twitter & Instagram at @cmcasarez.