Portrait by Robert Liu-Trujillo. Read more about the portrait and his projects at http://investigateconversateillustrate.blogspot.com Permission to post given by artist.

By now, we are all familiar with the various conversations about the need for children of color and Native children to see themselves represented in the stories they read. However, not many know that these discussions, as they pertain to Latinx children, have been taking place since the early 1920s when Pura Belpré became the first Puerto Rican librarian in the New York Public Library system. Clearly, the context for dialogues around diversity were different because it was a different time; however, the urgency surrounding issues of representation, advocacy, and empowerment as they relate to Latinx children have many similarities.

Unfortunately, Belpré’s legacy is not one that is well known. Robert Liu-Trujillo, illustrator of the beautiful Belpré portrait on this post, says “I didn’t hear anything about Ms. Belpré until I was in my 30s. Once I realized that there was a really interesting person behind the award, I was really surprised that I’d never heard of her before. From what I’ve read about her and seen through my research, she was a revolutionary figure in children’s education and storytelling.” Trujillo is right to call Belpré a “revolutionary figure” because she indeed was.

Her innovative use of Puerto Rican folklore to reach predominantly Spanish-speaking Puerto Rican children in New York City revolutionized the role of public libraries in the life of these children. Through her storytimes, her puppeteering, and her written works, Belpré set a high standard for how libraries should tailor their programs and services for the communities and peoples in which they’re located. Her commitment and advocacy to bridge her Puerto Rican community to the library, and vice versa, showcases the roots of critical children’s librarianship and inclusion, and not assimilation, of marginalized voices into the field. Much work still needs to be done to bring Belpré’s legacy to the front and highlight the many ways she’s revolutionized storytelling, librarianship, and children’s books for Latinx children. 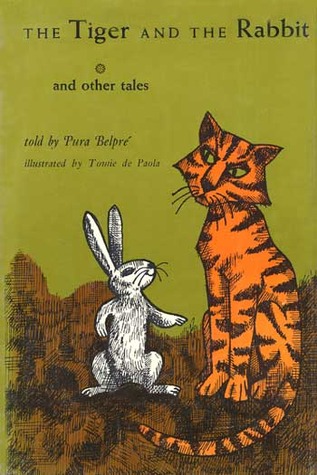 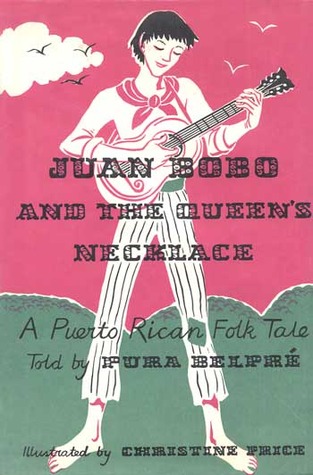 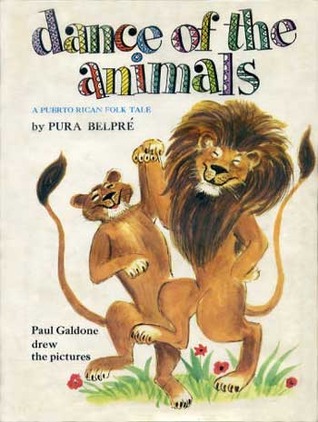 In “Pura Belpré Lights the Storyteller’s Candle: Reframing the Legacy of a Legend and What it Means for the Fields of Latina/o Studies and Children’s Literature,” Marilisa Jiménez-García discusses the various roles Belpré inhabited and the ways her contributions as a librarian and a writer, for example, can be read as subversive political acts. Jiménez-García says of Belpré as a storyteller, “she occupied as a kind of weaver of history, [she] encouraged children to defy assimilation along with the textual and national boundaries created by the dominant culture” (Jimenez-Garcia 113). In other words, through her use of Puerto Rican folklore, Belpré was teaching young Puerto Rican children to embrace their cultural identity and to challenge dominant narratives that depicted them as less than.

Jiménez-García further argues that “Belpré’s interventions within U.S. children’s literature constitute an attempt at cultural preservation, and even further, as an attempt to establish historical memory within the U.S. for Puerto Rican children” (115). In this way, Belpré used her writing to bring to the forefront a Puerto Rican heritage necessary for the identity construction of Puerto Rican children in the U.S. In The Stories I Read to the Children: The Life and Writing of Pura Belpré, the Legendary Storyteller, Children’s Author, and the New York Pubic Librarian (2013) Lisa Sánchez González writes, “In all of her work—including her work as a public librarian–she aimed to ensure that working-class bilingual and bicultural children had rightful access to what is still too often a privilege: Literacy, and with it, free and public access to good books” (17).

Jiménez-García’s and Sánchez González’s research inform us that Belpré was telling, writing, and performing stories that centered Puerto Rican culture and folklore, that she created a space at the NYPL and made Puerto Rican children the center of it, and that she was committed to making books available to children. In this way, Belpré led her own revolution.

Belpré’s legacy is incomparable, and 2016 marks the 20th anniversary of the children’s literary award named after her–the Pura Belpré Award. The award was established in 1996 by co-founders Oralia Garza de Cortés and Sandra Rios Balderrama. According to the award website, the Pura Belpré Award is “presented to a Latino/Latina writer and illustrator whose work best portrays, affirms, and celebrates the Latino cultural experience in an outstanding work of literature for children and youth.” By establishing an award that highlights Latina/o writers and illustrators creating works about Latina/o experiences, Garza de Cortés and Rios Balderrama carved a space dedicated to the empowerment and the future of Latinx children. Belpré’s legacy as a librarian, a writer, and a puppeteer demonstrate the importance of storytelling as a means of resisting and challenging oppressive dominant narratives. The Pura Belpré Award allows us to continue this revolution and give Latinx children and youth an opportunity to transform the world around them.

REFORMA (The National Association to Promote Library and Information Services to Latinos and the Spanish Speaking) along with the Association for Library Service to Children (ALSC) are joining efforts to hold a special celebration for the Pura Belpré 20th Anniversary Celebración at this year, ALA (American Library Association) Annual Conference in Orlando, Florida. The event will feature speeches by the 2016 Pura Belpré Award medal and honor winning authors and illustrators, David Bowles, Antonio Castro L., Angela Dominguez, Margarita Engle, Rafael López, Meg Medina, and Duncan Tonatiuh. It will also include book signing, a silent auction of original art by Latinx children’s illustrators, a new commemorative book for sale, The Pura Belpré Award: Twenty Years of Outstanding Latino Children’s Literature, and a keynote by author and storyteller, Carmen Agra Deedy.

For Part 2 of this post, which will run tomorrow, we spoke to members of the Pura Belpré Award Committee to get their insight on the momentous occasion that is the 20th anniversary of the Pura Belpré Award. Their interviews provide us with an insight to their motivations for creating the award, to the need of an award dedicated to Latinx children’s books written and illustrated by Latinx, the future of the award, and a look back at favorite award moments from the last 20 years. Tomorrow, read extensive interviews with Co-founder Oralia Garza de Cortés, Co-founder Sandra Rios Balderrama, and past committee member Celia C. Pérez.

Sujei Lugo was born in New Jersey and raised in her parents’ rural hometown in Puerto Rico. She earned her Master’s in Library and Information Science degree from the Graduate School of Information Sciences and Technologies at the University of Puerto Rico and is a doctoral candidate in Library and Information Science at Simmons College, focusing her research on Latino librarianship and identity. She has worked as a librarian at the Puerto Rican Collection at the University of Puerto Rico, the Nilita Vientós Gastón House-Library in San Juan, Puerto Rico, and the University of Puerto Rico Elementary School Library. Sujei currently works as a children’s librarian at the Boston Public Library. She is a member ofREFORMA (The National Association to Promote Library Services to Latinos and the Spanish-speaking), American Library Association, and Association of Library Service to Children. She is the editor of Litwin Books/Library Juice Press series on Critical Race Studies and Multiculturalism in LIS. Sujei can also be found on Twitter, Letterboxd and Goodreads.