DESCRIPTION OF THE BOOK: At the Medio School for Girls, distinguished young women are trained for one of two roles in their polarized society. Depending on her specialization, a graduate will one day run a husband’s household or raise his children. Both paths promise a life of comfort and luxury, far from the frequent political uprisings of the lower class.

Daniela Vargas is the school’s top student, but her pedigree is a lie. She must keep the truth hidden or be sent back to the fringes of society.

And school couldn’t prepare her for the difficult choices she must make after graduation, especially when she is asked to spy for a resistance group desperately fighting to bring equality to Medio.

Will Dani cling to the privilege her parents fought to win for her, or will she give up everything she’s strived for in pursuit of a free Medio—and a chance at a forbidden love?

MY TWO CENTS: Would it be hyperbolic to say that I’ve been waiting my whole life for a book like this? Reading We Set the Dark on Fire made me feel fifteen again, devouring every immersive fantasy book with a twist of romance that I could get my hands on. But where those books fell short in both diversity and female empowerment, We Set the Dark on Fire excels and exceeds.

Opening with a brief folkloric backstory, Tehlor Kay Mejia’s shining debut novel submerges its reader in the hierarchical world of Medio and its fraught borders. Medio’s tension with its border towns and what lies beyond its literal border wall finds roots in the mythology established at the beginning of the text: The disintegrating relationship between brother gods, both desirous of the same wife. Ultimately, the Sun God won the right to have a relationship with both an earthly queen, Constancia, and the Moon Goddess—his Primera and Segunda wives—over his brother, the Salt God. Scorned and cursed, the Salt God was banished. Mimicking this folktale, Medio’s contemporary social system is built around the upper classes having a Primera wife, who runs the household, and Segunda, for beauty and harmony. While the upper echelons superficially thrive on this model, the border and beyond—territory of the Salt God—suffers and is subjected to increasing violence.

Mejia’s worldbuilding in the first few pages of this novel are brilliant, thorough, and engaging in a way that doesn’t feel beleaguered. Though Medio’s world may seem leagues away, its tumultuous border disputes feel so grounded in our contemporary moment that readers will instantly latch onto this novel. The orders that those who would risk traversing Medio’s border wall be shot on sight seem jarring when reading the novel, but then I turn on my TV or open social media and I’m reminded, once again, of the exigency of a novel like this.

Additionally, Mejia’s masterfully and lovingly created world plays perfect backdrop to the complex relationship between new Primera wife, Dani, and Segunda wife, Carmen. Dani, an undocumented immigrant from beyond the wall, smuggled across when she was a child, has managed to stay under the radar, even through her new marriage to the most eligible and most politically well-positioned bachelor in Medio. But her passing comes at a cost: being indebted to the rebel group La Voz. As Dani performs increasingly risky tasks for La Voz, she becomes further entangled with their mission. Complicating matters is her at-first catty relationship with Carmen, but as Dani and Carmen grow more intimate, Dani’s investment in the revolution becomes all the more precarious.

We Set the Dark on Fire sets the stage for what (I hope, please Tehlor Kay Mejia, please, tell me there will be more) promises to be a robust and revolutionary universe. Carmen and Dani’s relationship, alone, is a revolutionary prospect. We are getting more and more queer Latinx books for young readers, but to see this kind of representation in a fantasy novel is just lovely and wonderful (even if the plot of the book is dark and gritty). Like I said, this is the kind of novel I would have loved as a teenager. It doesn’t overemphasize its love story, but it makes Dani’s unfolding attraction to Carmen feel organic, naturally growing from their situation and Dani’s own burgeoning self-awareness. What’s more, the attention to Dani’s growth and empowerment will resonate with young readers, seeking similar empowerment from the texts they read. Finally, Mejia’s choice to make this a Latinx story is calculated and necessary. The names, foods, and contours of Medio’s spaces bespeak Latinx culture, but Mejia is careful to not overemphasize and caricaturize. This world feels real because it’s grounded in something real. Mejia’s given us a gift in this lush, rebellious, queer, Latinx story.

All-in-all, We Set the Dark on Fire’s otherworldliness, its devotion to strong and multifaceted female Latinx characters, and its queer romance subplot make it impressive, and Mejia’s immersive prose make it lasting. To be fair, it may be a little difficult to get into because it does move slowly, building tension at the same time as the reader digs deeper into Medio’s innerworkings; even so, it’s worth the wait. For fans of Anna Marie McLemore’s books, We Set Fire to the Dark is a must-read. We’ll be talking about this book for years. 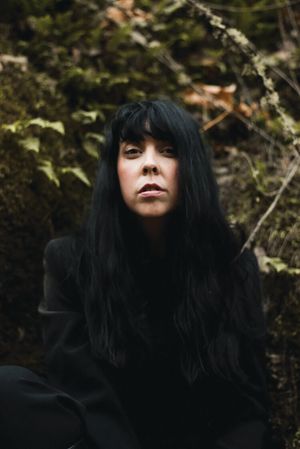 ABOUT THE AUTHOR: Tehlor Kay Mejia is an author and Oregon native in love with the alpine meadows and evergreen forests of her home state, where she lives with her daughter. We Set the Dark on Fire is her first novel. You can follow her on Twitter @tehlorkay.

3 comments on “Book Review: We Set the Dark on Fire by Tehlor Kay Mejia”