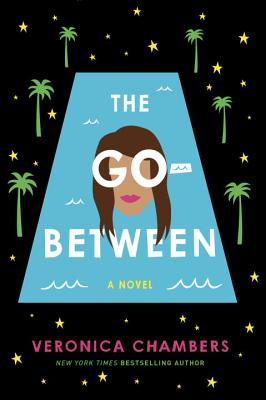 DESCRIPTION OF THE BOOK: She is the envy of every teenage girl in Mexico City. Her mother is a glamorous telenovela actress. Her father is the go-to voiceover talent for blockbuster films. Hers is a world of private planes, chauffeurs, paparazzi and gossip columnists. Meet Camilla del Valle, or Cammi to those who know her best.

When Cammi’s mom gets cast in an American television show and the family moves to LA, things change, and quickly. Her mom’s first role is playing a not-so-glamorous maid in a sitcom. Her dad tries to find work, but dreams about returning to Mexico. And at the posh, private Polestar Academy, Cammi’s new friends assume she is a scholarship kid, the daughter of a domestic.

At first Cammi thinks that playing along with the stereotypes will teach her new friends a lesson. But the more she lies, the more she wonders: Is she only fooling herself?

MY TWO CENTS: Like many immigrants, Cammi came to her new home in Los Angeles by plane. But unlike most immigrants, her mother’s job security as a telenovela star and her family’s wealth made her transition much smoother. Cammi does share in the immigrant story and her experiences begin to overlap with those of many other Mexican immigrants. Unfortunately, it is the stereotyping and xenophobia that she encounters the most. She is judged by her wealthy classmates at her new private school, immediately labeled as a scholarship kid who is low-income with parents in low-paying and stereotypical jobs and in need of handouts.

For Cammi, this is a great departure from what she usually has to deal with. No one is vying to know her to get closer to her famous mother. Instead, her mother is not the center of attention and she leaves her paparazzi world behind. However, in search of an escape, Cammi begins to promote the stereotypes that are often perpetuated about Mexicans. So in looking out for herself, Cammi forgets about her community and her roots.

It takes long for Cammi to learn her lesson. If it wasn’t for other Mexican immigrants and Mexican-Americans who have to fight regularly to defeat the stereotypes and get others to see beyond them, she may not have known how her actions perpetuated racism. Albeit slowly, Cammi learns to understand her role not only as a Mexican, but as an immigrant and compatriota to her community.

TEACHING TIPS: Cammi brings into perspective that not all immigrants come into this country in the same manner or with the same opportunities. Some immigrants come with established work or educational opportunities, while others may have left those exact opportunities behind to immigrate to the United States. While Cammi is perhaps not the best role model for the majority of the book, she does allow us to question a diversity of immigrants and their experiences. In a time when our political discord says that immigrants from Mexico are the worst of the pack, what is Cammi bringing to light? Cammi’s story is merely one of many.

ABOUT THE AUTHOR: Veronica Chambers is a prolific author, best known for her critically acclaimed memoir, Mama’s Girl which has been a course adopted by hundreds of high schools and colleges throughout the country. The New Yorker called Mama’s Girl, “a troubling testament to grit and mother love… one of the finest and most evenhanded in the genre in recent years.” Born in Panama and raised in Brooklyn, her work often reflects her Afro-Latina heritage.

She coauthored the award-winning memoir Yes Chef with chef Marcus Samuelsson as well as Samuelsson’s young adult memoir Make It Messy, and has collaborated on four New York Times bestsellers, most recently 32 Yolks, which she cowrote with chef Eric Ripert. She has been a senior editor at the New York Times Magazine, Newsweek, and Glamour. Born in Panama and raised in Brooklyn, she writes often about her Afro-Latina heritage. She speaks, reads, and writes Spanish, but she is truly fluent in Spanglish. She is currently a JSK Knight fellow at Stanford University.

3 comments on “Book Review: The Go-Between by Veronica Chambers”