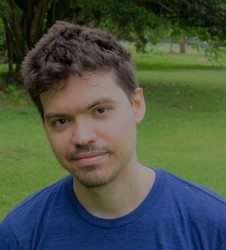 9 comments on “Book Review: Charlie Hernández and the League of Shadows by Ryan Calejo”